nofollow
back to www.geeky-gadgets.com
Run Windows Software On You Mac With This Parallels Pro Bundle For $35 (Code: ALLSTARMAC)
Give $10, Get $10
Get $1 credit for every $25 spent!
Ending In:
View similar items
$60
75% off
Ending In:
add to waitlist 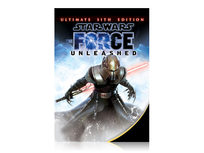 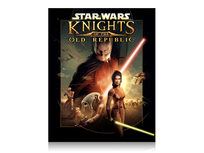 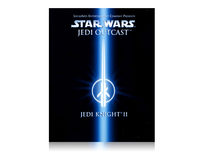 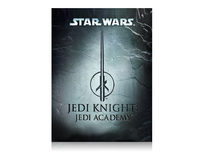 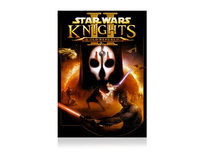 Become the Most Powerful Sith Lord in the Galaxy

This special version of Star Wars: The Force Unleashed takes you deep into the darkest side of the Force, in a reimagined, ultimate-evil storyline occurring between the two Star Wars movie trilogies. You begin your journey with the "secret apprentice", Darth Vader himself, showing you the Star Wars galaxy through the eyes of the dark side, and ultimately leading you to a confrontation with Luke Skywalker.

"Recommended to fans of the saga," SpazioGames

It's 4,000 years before the Galactic Empire will be established, and the Jedi Knights are in an all-out war against the ruthless Sith. As the last hope of the Jedi, you must lead a band of freedom fighters in an epic struggle to save the galaxy. Can you master the awesome power of the Force on your quest to save the Republic? Or will you fall to the lure of the dark side? Hero or villain, savior or conqueror... you must choose wisely, as you alone will determine the destiny of the entire galaxy!

The Fate of the Galaxy Is in Your Hands

It's been several years since Kyle Katarn avenged his father's death and saved the Valley of the Jedi from a group of Dark Jedi. After not using the Force for fear of giving in to the dark side, he gives his lightsaber to Luke Skywalker, vowing never to use it again. When a new and menacing threat to the galaxy emerges, Kyle knows he must reclaim his past in order to save his future.

Will You Use The Force for Good or Evil? Only You Can Decide...

Step into the shoes of a Jedi Apprentice as you learn the ways of the Force from Jedi Master Luke Skywalker. Fight alongside famous Star Wars characters - ultimately leading you to make a choice –join the Light side and fight for good, or follow the path of power and evil to the dark side.

Light Side or Dark Side? The Choice Is Yours In This Follow Up to the Acclaimed Knights of the Old Republic

Picking up five years after the events of Star Wars: Knights of the Old Republic, Sith Lords have hunted the Jedi to the edge of extinction and are on the verge of crushing the Old Republic. With the Jedi Order in ruin, the Republic's only hope is a lone Jedi struggling to reconnect with the Force. As this Jedi, you will be faced with the galaxy's most dire decision: Follow the light side or succumb to the dark.