nofollow
back to www.geeky-gadgets.com
Skip The Shipping With Up To 70% Off These Last-Minute Gifting Items
Give $10, Get $10
Get $1 credit for every $25 spent!
Ending In:
View similar items
$473
84% off
Ending In:
add to waitlist 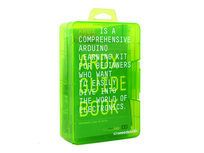 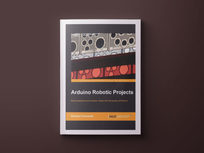 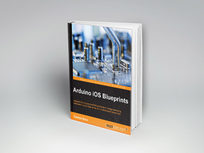 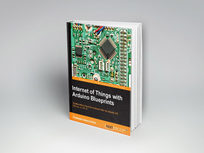 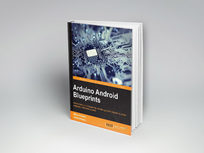 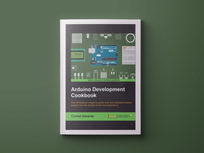 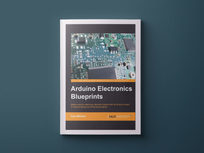 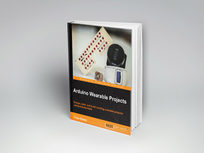 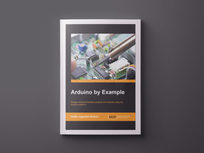 By Seeed Studio | in Gear + Gadgets

The ARDX Arduino Starter Kit pairs a detailed, illustrated guide with all the parts you need to build your own circuits. Perfect for beginners, this kit requires no experience and teaches you to use Arduino to control lights, buzzers, and more. Once you master the basics of Arduino, you can control motors on any device you dream up--from robots, to mood lights, to self-playing instruments, and beyond.

Arduino Step by Step 2017: Getting Started

Get Started with Arduino & Discover Its Huge Realm of Opportunities

By Peter Dalmaris | in Online Courses

Starting out with Arduino can be tough, especially considering the sheer breadth of what you can do with it. In this comprehensive course, you'll start with the absolute basics of the Arduino Uno, and develop a mastery of its many capabilities. Ultimately, this course aims to afford you the freedom to start programming and creating with Arduino, and learning as you experiment.

Peter Dalmaris is Chief Explorer at Tech Explorations. He is fascinated by technology because of its ability to make amazing things happen, and science because of its ability to make nature transparent. He is an Electrical and Computer Engineer, has a PhD (most of which was spent reading philosophy of knowledge) and a couple of Masters in Information Systems. He has been a lecturer for over 13 years in a variety of IT (and occasionally management) subjects. During this time, he has developed a hands-on teaching style, whereby he invites and challenges his students to learn by doing. He has taught thousands of students in dozens of undergraduate and postgraduate courses.

Peter is also a software developer at Futureshock Enterprises, making applications using Ruby, Ruby on Rails, and iOS. Peter has been an electronics enthusiast since he remembers himself when he wrecked his sister's digital watch and his parents VCR. He replaced the watch but managed to fix the VCR. Now, he is particularly fascinated by the rapid prototyping opportunities that the Arduino and similar platforms has brought about. He lives in Sydney, Australia.

Tap Into the Power of Arduino to Build Complex Robots

This e-book starts with the fundamentals of turning on the basic Arduino hardware, then provides complete, step-by-step instructions on how to maximize its potential. You'll learn by doing--building projects that can move using DC motors, walk using servo motors, and avoid barriers using its sensors. On top of that, you'll also learn how to add more complex navigational techniques (such as GPRS) so that your robot won't get lost.

Richard Grimmett continues to have more fun than he should be allowed working on robotics projects while teaching computer science and electrical engineering at Brigham Young University-Idaho. He has a bachelor's and master's degree in electrical engineering and a PhD in leadership studies. This is the latest book, in a long series of books detailing how to use Raspberry Pi, Arduino, and BeagleBone Black for robotics projects, written by him.

Arduino has become a widely adopted platform for its easy usability and flexibility, and iOS devices are nothing if not ubiquitous. Dive into this comprehensive project-based book, master the art of integrating the two, and learn how to build devices that are highly useful in everyday life. You'll learn how to control Arduino using an iPhone or iPad, understand the different components that interact with the Arduino--digital and analog I/O, Wi-Fi shields, and more--and master iOS development essentials in the process.

Fabrizio Boco started learning about electronics when he was a teen, and began programming in 1980. He holds a degree in electronic engineering and is currently a freelance IT manager and architect with over 20 years of experience consulting for private and public companies in Italy. He has been an iOS developer since 2009, and has designed and developed Arduino Manager--an iOS, Mac OS X, and Android application that can be used to control Arduino (and Arduino-compatible) boards. For more details on the course and instructor, click here.

Internet of Things with Arduino Blueprints

Arduino is the ideal platform with which to experiment on Internet of Things projects, and this e-book the ideal medium through which to learn. You'll work through eight projects that will teach you how to assemble devices that communicate with one another, access data over the Internet, store and retrieve data, and interact with users. These projects also serve as blueprints for any other IoT projects you hope to tackle in the future.

Learn to build interactive electronic devices controllable from any Android device by working through a series of projects. Each project is explained in a step-by-step fashion, starting with the required components and hardware assembly instructions, meaning following along is easy even for beginners. Whether you're configuring an app to display tweets or controlling basic functions of the Arduino board, you'll consolidate your knowledge of all things Arduino and get up to speed in no time.

Marco Schwartz is an electrical engineer, entrepreneur, and blogger. His interests gravitate around electronics, home automation, the Arduino and Raspberry Pi platforms, open source hardware projects, and 3D printing. Meanwhile, Stefan Buttigieg is a medical doctor, mobile developer, and entrepreneur. He is currently pursuing a master's degree in health informatics and is the founder of MD Geeks, an online community at the intersection of healthcare and information technology. For more details on the course and instructor, click here.

Dive into over 50 step-by-step recipes to build virtually any Arduino project, whether simple or advanced. Topics encompass Arduino development essentials ranging from programming buttons to operating motors, managing sensors, and controlling displays. You'll also find tips and tricks for troubleshooting any development problems and pushing your project to the next level.

Cornel Amariei is a Romanian inventor and entrepreneur in the fields of Robotics and 3D printing. He has been working with the Arduino platform since 2007, and has built hundreds of Arduino projects ranging from quadcopters to levitating magnets and underwater robots. Currently, he splits his time between his undergraduate studies in electric engineering and computer science at Jacobs University in Bremen, Germany, and his startups and R&D job.

Whether you're a seasoned developer or an Arduino newbie, you'll find this book useful for building amazing smart electronic devices. Start by building a sound effects generator using recorded audio-wave files you've made or obtained from the Internet. You'll then build DC motor controllers operated by a web page, slide switch, or touch sensor, and end by constructing an electronic operating status display for an FM radio circuit using Arduino.

Don Wilcher is an electrical engineer who also moonlights as an author, instructor, and entrepreneur. He has experience working in various fields, including the automotive, industrial, and consumer industries, and teaches electrical engineering courses at ITT Tech. Don also spends his time developing Arduino and Raspberry Pi projects, writing DIY electronics books, and blogging for Design News Magazine.

If you're interested in designing and building your own wearables, the Arduino platform is perfect for you. With this e-book, you'll learn to create your own wearable projects by mastering different electronic components--such as LEDs and sensors--then applying your learnings through practical projects. You'll consolidate your new skills in your final project, utilizing all the concepts you've learned to create a smartwatch complete with fitness tracking, Internet-based notifications, GPS, and time-telling.

Tony Olsson is an Arduino enthusiast and author of this e-book. For more details on the course and instructor, click here.

Arduino by Example is a project-oriented guide to help you fully utilize the power of one of the world's most powerful open source platforms, Arduino. This book demonstrates three projects ranging from a home automation project involving your lighting system to a simple robotic project to a touch sensor project. You will first learn the basic concepts such as how to get started with the Arduino, then develop the practical skills needed to successfully build Arduino-powered projects with real-life impact.

Adith Jagadish Boloor is a mechanical engineering student at Purdue University. He is passionate about robotics, computer-aided design, rapid prototyping, and the Internet of Things, and seeks to pass on his knowledge through his Arduino e-book.